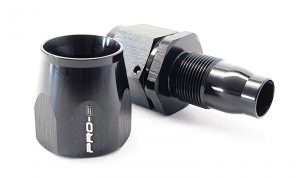 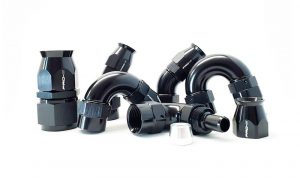 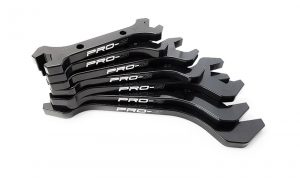 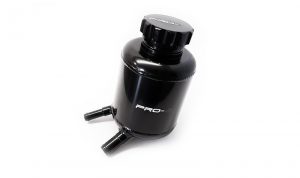 What is an oil catch can and do I need one?

All internal combustion engines that run on gasoline are four-stroke engines. To complete a cycle, the piston is required to go up and down a total of four times. When the intake valves open, the piston goes down vacuum is created, drawing in cool dense air necessary for the combustion process. While this happens, fuel is injected into the cylinder. Once the intake valves close, the piston rises towards the top of the cylinder, concluding the compression process. It is this compression that builds up pressure in the cylinder. While the intake and exhaust valves are closed, the piston, piston rings and the cylinder itself contain the high amount of pressure created.
Because of the immense pressure, a blow-by happens which is when a bit of air escapes around the piston and the piston rings into the crankcase. As the engine’s RPMs rise, so does the quantity of the blow-by.
The oil pan full of oil in the crank turns in the crankcase and lubricates it evenly. To prevent pressure build-up in the crankcase which can cause it to crack, the PCV system takes out the pressure which is a mixture of air and a bit of oil from the crankcase and brings it back to the crankcase vents to the intake tract. The pressured air and oil mixture enters a bit past the intake system, through the intercooler, returning to the cylinder to be combusted again. On its way back to the cylinder, the oil that passes through the system coats everything in its way and develops in the intercooler, boost hoses, intake manifold and valves.
Because combustion takes place adjacent to these valves, the extremely high temperature causes the oil to solidify in the valves. Because the oil passing through the intercooler can coat the cooling fins at the same time, a clogged intercooler will not be able to cool the air and lower fuel efficiency and power loss is likely to happen.

While oil caking within the valves is an evident problem only in vehicles that make use of direct injection engines, it is still a common problem. An oil catch can is not normally a component that comes with factory-made vehicles. However, it does become a helpful component in keeping your vehicle at top performance and at the most efficient. An oil catch can prevents the oil from returning to the intake tract by catching the former before it reaches the latter. This leaves a purer pressurised air mixture to pass through the intercooler and the intake valves.
An oil catch can is usually made of steel wool or is baffles that can remove oil from the pressurised mixture. It is placed after the PCV and before the intercooler. This component is often overlooked by car owners when doing mods on their vehicles who tend to take for granted the effect of a sparkling clean intake tract on the efficiency of the vehicle.

Why do some oil catch cans have a breather?

Why should I replace the thermostat?

Engine cooling systems need to be effective at all times considering temperatures can reach up to 2,000 degrees Fahrenheit within the combustion chamber. These need to lower external temperatures to 180-200 degrees. It includes a water pump to circulate the flow of the coolant, channels where the coolant passes through and gathers heat, a radiator, a heater core and of course, a thermostat. In this cooling system, a thermostat that’s normally mounted on the engine block serves as a valve that guides the coolant to where it is required by the vehicle. As a valve, it opens and closes depending on the temperature needed.
Thermostats have a life and when they start to malfunction, need to be replaced or else will have a negative effect on combustion. If a thermostat is left open, it will circulate coolant through the radiator which happens even during cold starts, thus keeping the engine in danger of never reaching the ideal temperature for combustion. Fuel that is not combusted in the fuel system will contaminate the exhaust and the oil.
On the other hand, a thermostat whose valve is closed will prevent any coolant from circulating through the radiator. Internal temperatures within the engine will rise at an alarming rate and will result in the vehicle overheating.
Now, a faulty thermostat may not be stuck in an open or closed position but rather, in a partially half-open position or sometimes, will open and close unpredictably. This type of malfunction will let coolant temperatures fluctuate and can result in improper gauge readings which can trigger the check engine light.